This exercise carries on from exercise 4.1 and the work scrunched up zig zag sketchbook I used at Brighton.

My first step towards producing a ‘labour intensive’ piece was researching some artists that I could base my ideas on and give me some direction as I was a little lost in how I was doing to approach the drawing using the creases in the paper.

Vitamin D: New perspectives in drawing was a good point to start and I found an artist named Vik Muniz, I took some notes: 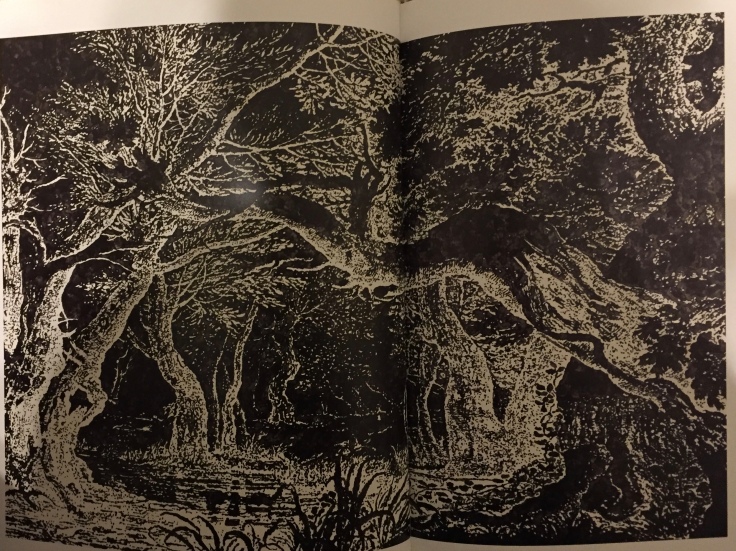 After conducting this research I felt better equipped with how to move forward with this exercise. This was the kind of thing i was hoping to produce in my sketchbook, using the creases in the book to give me a starting point for shadow and light. 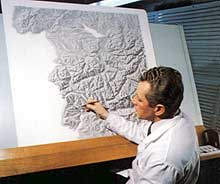 I wanted to use cross hatching and marks as my drawing technique. I was hoping the creases in the page would act as a relief so when light was applied to the page, it would have areas of dark and light which I would simply draw into.

I started to notice that the creases in the page weren’t big enough to create the shadows I needed. I felt the drawing was going to be flat and not produce that emphasis of physicality I wanted to portray. At this point I decided to cover the whole book in pencil marks and then I thought about adding the finer details – shadow and highlights – on top. By this time I was getting frustrated with the piece. I decided to leave it as it was and come back to it with a fresh mind. On returning to the piece I thought about using charcoal to rub gently over the pages, picking up on the parts of the drawing that were raised. I actually thought this made the drawing look better however I felt that it was simply completed too quickly and I really didn’t feel that I had produced a labour intensive drawing. 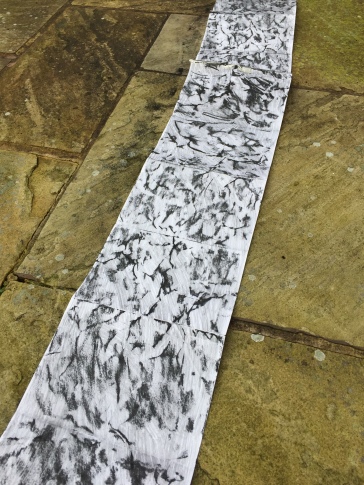 After some time reflecting on the piece (and considering what I could do on the opposite side) I thought about taking a step back from the concept of hills/ nature and focussed on my use of line. I wondered if I could simply repeat a line that followed the creases of the page. To be honest, I didn’t think much more than that about it and I went for it. The drawing was starting to form an interesting pattern, manipulating the surface into something almost mesmerising. Normally, at this point I would start to think about what it meant, what I could do next, how could I develop this idea but I forced myself to ‘go with it’. From there, I decided to fill the book with these marks. Each A5 sheet took me 2.5 hours. In total I spent 60 hours on this drawing. For me, that is an achievement in itself as I always rush through ideas and drawings, wanting to make them better or go onto the next thing. The process was both calming and frustrating. All I kept doing was adding up how many pages I had left before I could finish, but it started to become a time for relaxing and ‘switching off’. I just had to focus on the line I was following. I could take the drawing in any direction I wanted and allowed myself to not be too precious. I didn’t rub anything out. If there were any mistakes I left them. Although I found it frustrating it was also addictive. I would always think, i’ll just finish this part, but then a new line would come into focus and I would have to start that part. I enjoyed the inevitable change in my pencil tip. The thin, newly sharpened tip with a fine, neat mark compared to the blunt edge creating a wider, less controlled mark. The exercise has really taught me to slow down and focus on each individual mark that I made during this process. I think I would like to develop the idea into other mediums and perhaps produce a similar drawing for the assignment piece. 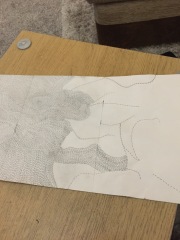 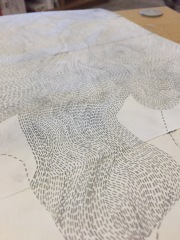 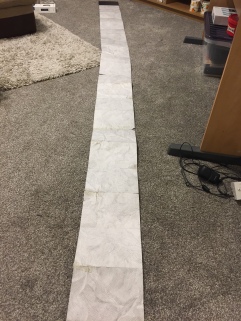